3.6 Million websites lost their data in a fire accident at OVH data center in France

Back to School - What is SEO? What are its types? Why is SEO important for your online business?

10 Best Digital Marketing Experts You Should Follow and Why

How to Create a Landing Page that Converts 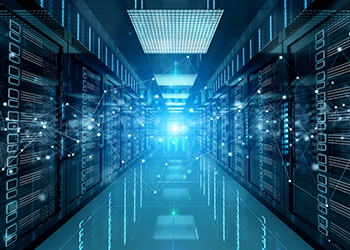 3.6 Million websites lost their data in a fire accident at OVH data center in France

The OVH data center was founded in 1999, a global hyper-scale cloud provider with 27 data centers on 4 continents. All of them are connected through their own 15 Tbps dark fiber network. It also has 1.3 million worldwide customers with simple yet powerful products and services that roam across three sectors: web, domain (web hosting, exchange), dedicated (server) and cloud (public and private cloud, VDI, VPS). They believe that technology should meet the needs of the business, so they remain strongly committed to respecting individuals, freedom, and providing access to new technology.

Cloud computing company -  OVHcloud, the entire building of SBG2 burnt due to fire on Friday, March 10 in Strasbourg. Then they dropped efforts to restart the SBG1 data center. After this accident, the French cloud operator decided that it would not restart the SBG1. Instead, it will move the servers in SBG1 to other OVH data centers at the Strasbourg site and elsewhere, and focus efforts on restarting the other two data centers SBG4 and SBG3 there. It has been several days since the accident, started in a UPS via SBG2, resulting in the entire site going offline. Customers fear that the data will be lost, but OVHcloud hopes that it can be reconstructed.

OVHcloud has provided some important electrical equipment to the police from its SBG2 data center which  burned down in the accident. Its founder Octave Klaba has promised better policies on backup in the future. In a video posted on Twitter, Klaba announced that UPS systems, batteries, and fuses have been delivered to the police from the SBG2 data center in Strasbourg. He made extensive efforts to restart the three surviving data centers on the site and informed that free backup would be included in all OVHcloud services in the future. Also promised that the root causes of the incident will be ascertained.

Are you looking for Magento Migration?
Need help? then you just have to tell us. Submit your details so we can get in touch with you.

OVHcloud pulls the SBG1 on the plug

Klaba stated that he was not planning to restart SBG1. Instead, he will resume SBG3 and SBG4. Most of the SBG1 servers have 160 racks labeled 61A / D and 62A / D. These will be moved to SBG4, which is the smaller of the two remaining data centers at the Strasbourg site. From the other 50 racks, the server labeled 61E / 62E will be cleaned at OVH Croix factory in Rubix and resumed at its data centers in Roubaix or Gravelines.

Klaba has reported that SBG3 has 40 percent virtual private servers (VPS). However, VPS is working to restart. He has urged the customers that the process will be slow as the network will be cleaned first and then rack per rack. Cleaning the server is a complex process, yet the team of experts is working on the software which will take time to restore, so the customers have been appealed to maintain it.

No amount will have to be paid for backup

On the day of the fire, Klaba revealed that UPS 7, which served SBG2M, was given maintenance by the supplier, the previous day.  Also, both UPS 7 and UPS 8 were shut down a few hours after firefighters arrived. The room where there was a fire contained batteries that were not connected, so firefighters quickly controlled the situation. No one was injured in this accident.

Customers are worried about whether their data can be restored, but there is nothing to worry about it because Klaba promises that free backups will be included in all services in the future.

A type of open-toed sandal.